Known for her persistence, integrity, and keen intuition, Suhaila continues to be one of the most respected artists and educators in her field.

She shares her lifetime of diverse and deep experiences in theater, dance, and cross-cultural communication in workshops, seminars, and talks around the world. 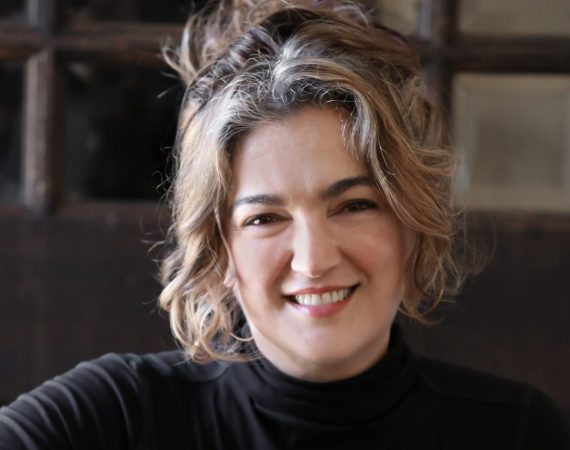 Born to a Persian father and a Sicilian Greek mother, Suhaila is no stranger to passion or adversity.

She grew up caught between two worlds: the strict, Shi’a Muslim household of her father who passed away when she was 10, and the free-spirited Hippie fantasyland of her mother, renowned belly dance innovator Jamila Salimpour.

As a child, she took countless dance classes, training in everything from ballet to Bharatnatyam, while also touring with her mother to assist with her dance workshops.

By the time she was 14, Suhaila was the sole breadwinner for herself and her mother, traveling across the United States on the weekends teaching her mother’s dance method and creating her own revolutionary approach to belly dance.

After graduating from high school, Suhaila moved to Los Angeles, and found herself in the middle of hectic and unforgiving Hollywood. Rubbing elbows with movie stars and befriending others, like Jack Nicholson and Danny Huston, she spent her days on television sets and her evenings performing in Arabic nightclubs.

There she also studied with master acting coach Sanford Meisner and his assistants Jeff Goldblum and Robert Carnegie. Meisner’s method is based on tapping into one’s instincts and true nature, a philosophy Suhaila draws on in her work, teaching, and relationships.

Soon after, she also lived and worked as a professional entertainer in the Middle East, with residencies in some of the finest venues. She worked with musical ensembles of over 40 musicians, including Arab pop stars Ahmad Adawiya, Amr Diab, and Sabah.

Upon returning to the San Francisco Bay Area in the late 1990s, Suhaila returned to teaching regular dance classes and developing the first-ever certification program in Middle Eastern dance. Today, the Salimpour School has five satellites run by licensed instructors in the United States, Europe, and Egypt, as well as a thriving global community of thousands of students, connected through a comprehensive online class subscription site and the new Suhaila Salimpour Institute of Online Education.

In 2019, the Salimpour School began its residency at Mills College, where Suhaila is also an Adjunct Professor. She teaches Core Dimension™ and Embodied Movement in the Department of Dance and Theater.

Now based in the Salimpour family home in Berkeley, California, she continues to travel around the world to teach liberating movement seminars and workshops in a diverse range of dance forms.